In 1912, the Board of Trustees hired Los Angeles businessman Fred C. Nelles as the Superintendent of the Whittier State School. Under Nelles’ tenure the school’s focus was shifted from a correctional philosophy to a philosophy of reform and re-socialization, which led to the abolition of all forms of corporal punishment in 1913. Superintendent Nelles succeeded in correcting the problems of the past, and modernizing school administration to include individualized treatment, an honor system, and mental health treatment.

Superintendent Nelles was a strong proponent of the idea that each child in the juvenile system needed individualized attention and proper guidance. First, he established the Cottage System where approximately 50 wards of similar ages were housed together in several cottages under the oversight of husband-and-wife teams and assisted by ancillary staff. The cottage system was intended to facilitate a nurturing home environment and the architecture constructed during the Nelles period physically supported the changing ideals.

Nelles ran the school using an honor system, entrusting the boys to follow the rules or suffer social consequences and loss of privileges. If a ward committed an offense, he was sent to the Lost Privilege Cottage where he would be made to reflect upon his errors. The ward would receive regular meals and carry out routine work, but was not allowed to talk to others or participate in group activities or sporting events.

Some of his other major achievements at the school included research in the fields of juvenile delinquency and mental health. In 1919, Nelles introduced the first staff psychiatrists and psychologists to the school. With these individuals, Nelles established a department for the study of mental defects, which would later influence the establishment of the State Bureau of Juvenile Research in 1921. 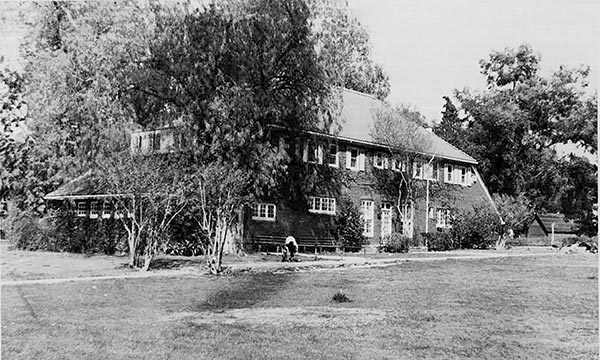