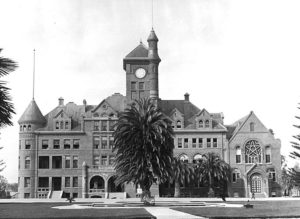 At the time of its construction in 1891, the centerpiece of the original Reform School for Juvenile Offenders was the Administration Building, a Romanesque-style building called The Castle with an attached chapel. Designed by architect Robert Brown Young (1855-1914), the multi-purpose building contained the academic, administrative and residential functions of the facility. The architecture of The Castle was representative of the congregate system that grouped the boys together, without much consideration of age, educational level, physical disability or mental illness. A 1910 photograph shows the original Castle, which was a large four-story building of brick and red sandstone with a full basement and distinguished by a tall clock tower reaching to eight stories. The first floor contained the public reception room, school office, a classroom, the dining room, and a sitting room. The upper floors contained additional classrooms, the trustees’ offices, library, and dormitories. Other buildings on the campus included a Girls Department, where the female wards were housed, Power House and Trades Building, Laundry, Buggy House, and Chicken Coop. The main entrance was off County Road, which later became Whittier Boulevard, along which ran the Whittier Branch of the Southern Pacific Railroad.

Transition to a new system of reform began in 1912 under the management of Superintendent Fred C. Nelles, and continued after his death in 1927. Under Nelles’ influence the shift from the congregate system to the progressive system, focusing more upon the individual needs of each child, marked a new era for the school and introduced human-scale architecture representative of the new ideas of reform. The school was redesigned and facilities were improved and expanded between 1915 and 1934. Many of the old buildings were demolished and the newly renovated campus embodying Nelles’ progressive reform ideals was established. The school was distinguished during the Nelles-era by brick and stucco program buildings and residential cottages in the Tudor Revival-style with English Arts and Crafts influences. An early 1928 aerial photograph shows evidence of this design shift with the one and two-story Superintendent’s Residence, Administration Building, Auditorium, and Assistant Superintendent’s Residence set amidst agricultural fields and landscaped open spaces. The primary buildings were situated around a central core that was accessed by two circle drives and surrounded by a park-like landscape setting. Several new cottage residences for the boys were sited in an oval formation around the Kitchen and Commissary (Chapels and Training Center) and Infirmary buildings. These cottages, named for U.S. Presidents, each housed about 50 boys, and featured well-furnished common rooms with high ceilings, large windows, and wood paneling and floors. These early cottages were later demolished during a subsequent campus-wide building program between 1953 and 1966 by the California Youth Authority; during which time a new modern school was constructed which included eleven identical dormitory buildings, new program buildings and detention facilities. After completion, only eight buildings remained from the Nelles era, described below. 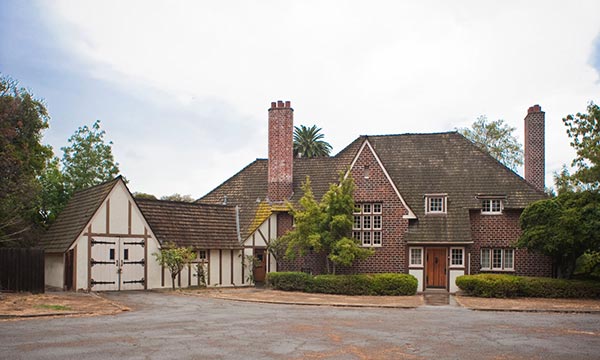 The Superintendent’s Residence (preserved) was designed by State Architect George McDougall to be large enough to accommodate visiting dignitaries and top staff. Located in Heritage Court, the Tudor Revival-style cottage is constructed of stretcher-bond brick with plaster-and-wood half-timbering. It has tall brick chimneys, casement windows, and a carved stone pediment with the building date (1920) over the rear entrance. 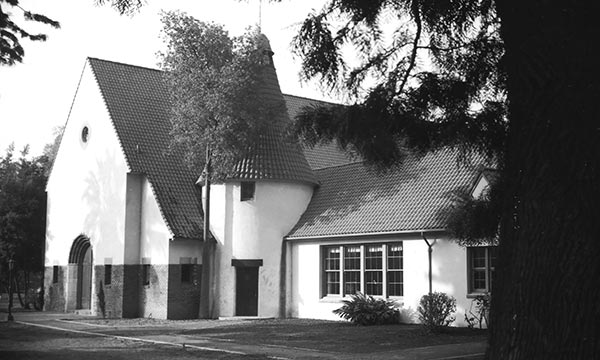 The Auditorium (demolished) was designed by State Architect George McDougall and was constructed in 1923 along the main entrance road to the school. Built of reinforced concrete with tall metal transom windows and a metal truss roof structure, it was structurally similar to the nearby gymnasium; however, its steeply pitched terra cotta tile roof and attached conical tower were architecturally related to the other Tudor Revival-style buildings on campus.

The Assistant Superintendent’s Residence (preserved) is a simple cottage residence that was constructed in 1926 and designed by State Architect George McDougall. Originally located in a large garden adjacent to agricultural fields in the southwestern corner of the Nelles School, it has been relocated and is now preserved in Heritage Court. 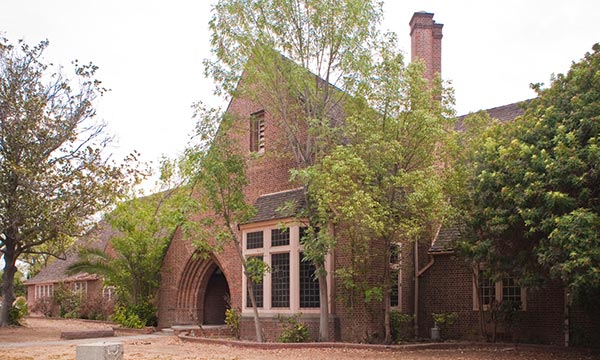 The Administration Building (preserved) was built between 1928 and 1929 and designed in the Tudor Revival-style by Deputy Chief W.K. Daniels before he became State Architect. This distinguished work of architecture is built of red brick masonry laid in English bond and has a steeply pitched red flag tile roof. It contains an impressive reception lobby where the new boys were first received into the school. The building and reception lobby are preserved in Heritage Court. 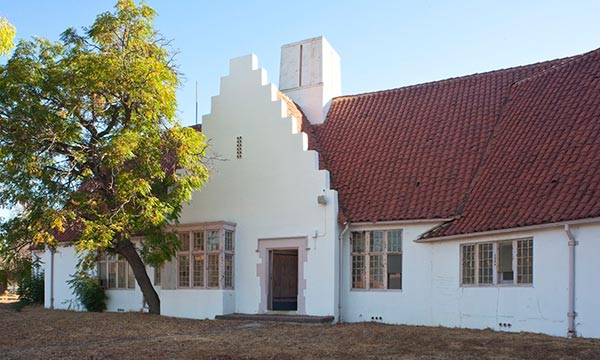 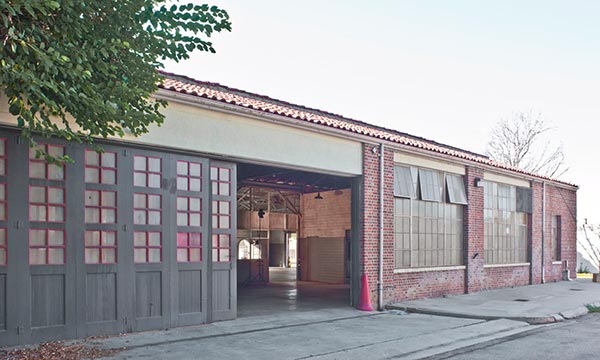 The Old Maintenance Garage (demolished) was designed by State Architect W.K. Daniels and completed in 1931. It was in continuous use as a garage and maintenance workshop for over 60 years. In 1994, after the construction of a new maintenance building, the Old Maintenance Building became a storage facility and bicycle shop. 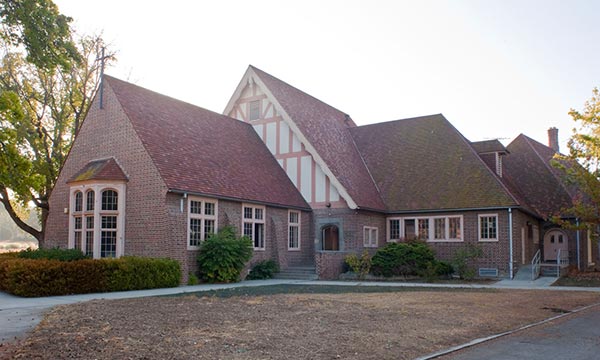 The Community Center (preserved) once housed the Kitchen and Commissary where the wards and staff took their meals. Constructed between 1931 and 1933 of English bond brick with half-timber detailing, it was designed by State Architect W.K. Daniels in the Tudor Revival-style. In 1962, it was converted into a Chapels and Training Center, containing two chapels for the Catholic and Protestant faiths in the former dining rooms. 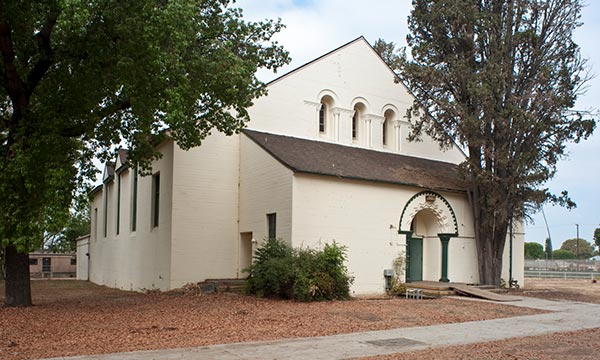 The Gymnasium (demolished) was built in 1934 next to the old Athletic Fields and was designed by State Architect W.K. Daniels in the Romanesque Revival-style. It replaced an earlier gymnasium located near the Old Maintenance Building, Print Shop, Shoe Shop and Pool. Built of reinforced concrete, the Gymnasium had a red tile roof supported by metal trusses, large transom windows, and a wood floor. A new building incorporating architectural features of the gymnasium can be found in Heritage Court.