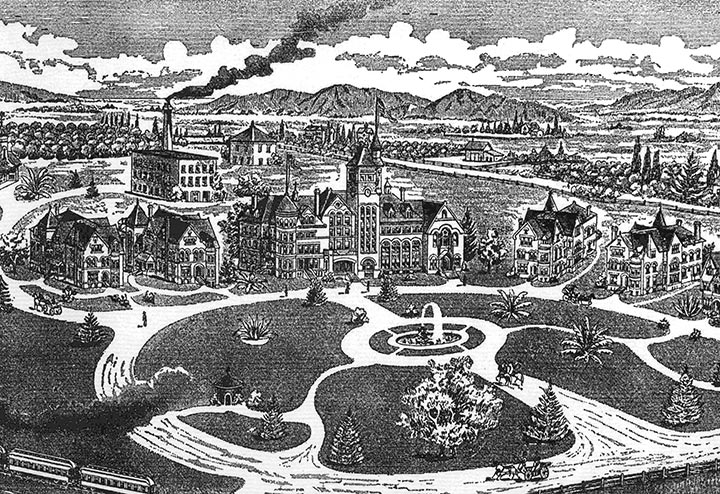 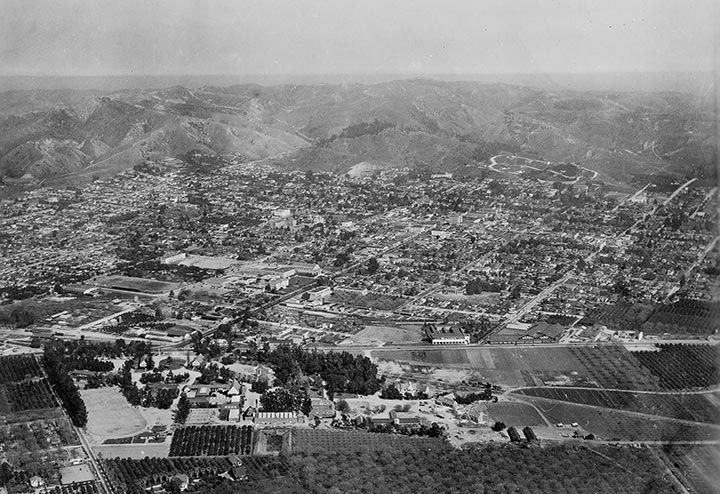 When the Reform School for Juvenile Offenders was founded in 1891, agriculture was an integral component, both for instruction of the wards and to provide the majority of food supplies for the institution. The school operated under an agricultural discipline philosophy where wards were reformed through labor and discipline. A Board of Trustees Report noted “wards were assigned to plant over 2,200 fruit and shade trees, flowering shrubs, ornamental plants, and alfalfa and barley fields.” 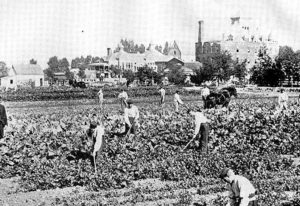 During Fred C. Nelles’ tenure as Superintendent, he expanded and improved the agricultural focus and incorporated it into his reform program. The wards tended to the fields, orchards, poultry, flower gardens and learned animal husbandry and farming skills.

A 1943 booklet promoting the Fred C. Nelles School described the agricultural nature of the property: “The farm includes about 55 acres in citrus fruit, 20 acres in walnuts and 30 acres in vegetable garden. There is also a young deciduous orchard of about 350 trees and occupying about 25 acres, which was planted in the spring of 1943.” The farm furnished the school with all of its vegetables except potatoes and celery, which were only grown to a limited extent. Because the citrus and walnut crops were far larger than needed, the surplus was marketed through the citrus and walnut growers associations, in which the school was a member.