A Look Back In Time

The former Fred C. Nelles School for Boys was the oldest school for juvenile offenders in the State of California. Originally named the Reform School for Juvenile Offenders when it opened on July 1, 1891, the name was subsequently changed to the Whittier State School in 1893. In 1941, the name was changed again to the Fred C. Nelles School for Boys in memory of its Superintendent from 1912 to 1927. The institution remained in continuous operation for 113 years from its opening in 1891 until its closure in 2004. In 1983, the site was designated California State Historical Landmark Number 947.

The school was originally organized around the Administration Building, an imposing and substantial structure of brick and red sandstone known as The Castle, which held the living quarters, classrooms and administrative offices. In the early years, confinement, discipline, education and employment were the primary methods used for reforming the institution’s boy and girl population. The children were educated in classrooms in The Castle, worked in the various maintenance and trade shops, and labored in the surrounding agricultural fields. After a damaging fire in 1913 led to the discovery of its faulty construction, The Castle was torn down in 1916. Some stone blocks were salvaged from the building and are still preserved on site. 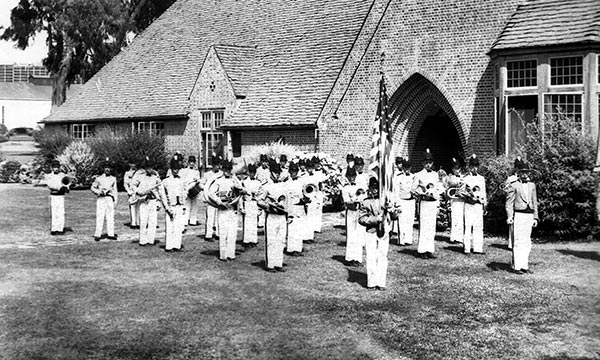 From 1912 to 1927, under the leadership of Superintendent Fred C. Nelles, innovative programs were initiated for the treatment and reform of juveniles. Nelles relocated the girls out of the facility in 1916 to the newly founded Ventura School for Girls, fulfilling his goal for a separate institution for girls. The female wards, who were housed in the Girl's Department, were moved to Ventura to the California School for Girls in 1916 (the separation and move was established by an act of the legislature in 1913). It was later renamed to the Ventura School for Girls (likely to remove any taint to the institution). The girls were not transferred until 1916 because the institution was not ready to accept new wards. Nelles introduced the first psychiatrists and psychologists, instituted clinical programs and began to focus the school’s programs upon the individual needs of each child. The campus was rebuilt with a new park-like campus plan that featured smaller Period Revival-style buildings. The new school embodied Nelles’ Cottage System, which placed the children into smaller groups based on age, maturity, and delinquency. This system created an atmosphere similar to a home environment, which was thought to benefit the children and help socialize them. The State of California, Division of Architecture, Department of Public Works was responsible for the design and construction of these campus improvements. State Architect George B. MacDougall supervised the design of the Superintendent’s Residence (1919-1920) and the Assistant Superintendent’s Residence (1926), while architect W. K. Daniels, Deputy Chief of the Division of Architecture, designed the Administration Building (1928-1929).

After Nelles’ death in 1927, four subsequent superintendents continued Nelles’ philosophy of rehabilitation and re-socialization. In 1941, the California Youth Authority (CYA) was founded, marking the end of an era. After 1941, the facility was largely redeveloped with Mid-Century Modern buildings that reflected the CYA’s more modern approach of reform. The appearance of the campus continued to change into the 1980s when a large penitentiary-style correctional building was constructed. 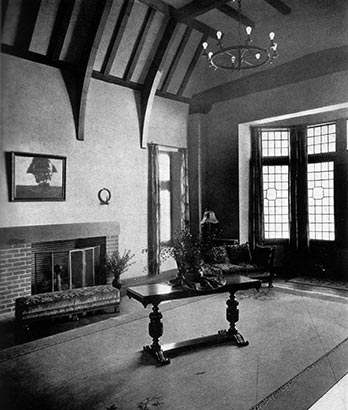 The Administration Building, constructed between 1928 and 1929, was added to the complex shortly after Nelles’ tenure and was designed to receive new wards into the school and provide offices for staff. Situated near the entrance to the school, it was the primary transitional space between the outside world and the secure campus of the school. The Tudor Revival-style architecture, human scale and high quality craftsmanship are all emblematic of the de-institutionalized environment that was the goal of the cottage system implemented by Nelles, aimed at providing the young wards with a sense of family, community, and belonging.